Today we move from the comedy festival to the the Fringe and celebrate all the opera that's made in Melbourne. 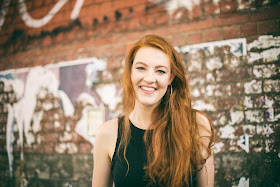 Favourite moments in 2018
Witnessing Natalie Palamides live swallow 17 raw eggs dressed as a chicken in Laid at MICF was probably the best and filthiest piece of theatre I have ever seen – a life highlight. Honourable mentions go to Nakkiah Lui's fierce as fuck Blackie Blackie Brown at Malty, a mind-blowing production of The Fall at Arts Centre Melbourne  and I Wanna Know What Love Is at Chapel off Chapel. And, obv, Virginia Gay as Calamity Jane was everything.

Looking forward to in 2019
Alberto Di Troia's Truly Madly Britney at Theatre Works is 100% going to be the gay christmas my January needs. After seeing a reading of it at MTC's Cybec this year I can't wait for the full production. (Tbh I am in it, but I'm still damn excited to see it from the wings lol). Also keen to see Golden Shields at MTC and finally catch Muriel's Wedding when it makes its way to the superior city.

SM: 2018 has been a pretty amazing year for Lou Wall. I saw her in the return seasons of Romeo is not the only fruit and It's not me, it's Lou at MICF –  she did two different shows most nights! – and the wonderful Lou Wall's Drag Race at Melbourne Fringe. This, too, has to come back; it was the show where she found her voice as an artist – while showing us how some fucked attitudes to gender are going to disappear as the next generations take over our stages. My favourite moment was talking with her about Betty Grumble and her telling me how she took her mum to the show. As I walked away, I realised that I am possibly older than her mum.


Favourite moments in 2018
So hard to choose just one! So here are my two. Break Up [We Need To Talk] by New Zealand ensemble Binge Culture. It was a five hour (improvised) durational performance, with five actors playing out an argument that ends a long-term relationship. They rotated between playing either the protagonist, or as part of a four-person chorus of their partner. Beautiful, funny, touching, and very very moreish.

Just as much a standout moment in my year was Bighouse Dreaming. Technically excellent – writing (Declan Furber Gillick), direction (Mark Wilson), performances, vision, execution – it all had it for me. But more than that it was such an incredibly powerful work that knocked me down for days.

Looking forward to in 2019
Ah, it's so early! But from things I've already got tickets to, I'm super looking forward to The Legend of Queen Kong at Arts Centre Melbourne! Oh, and finding out why they had to rip out and rebuild the whole Princess Theatre stage to accommodate special effects in Harry Potter and The Cursed Child! I have tix in the middle of Row E for the second week that cost me as much as a house deposit, so I don't have long to wait!

SM: I sat with Danny for the end of Break Up [We Need To Talk]; I wish I'd seen more of it.

Favourite moments in 2018
As far as opera went, a rather well-balanced season of works fired up the local scene. I’m not giving too much away right now because all will be revealed in my humble Twitter evening on 27 December in the Fouth Annual OperaChaser Awards, my fun way of acknowledging the production achievements and breadth of talent across the medium.

Of the government-funded companies, Opera Australia pulled off a riveting little masterpiece for its first foot in the door with Malthouse Theatre for Brian Howard’s Metamorphosis. I haven’t ever experienced the Malthouse feel so capacious and director Tama Matheson brought together an insightful fusion of disturbing drama and discordant soundscape and transformed it into an extraordinary and inquiring theatrical experience.

I also loved director Kasper Holten’s wildly imaginative interpretation of Wagner’s Die Meistersinger von Nürnberg, Opera Australia’s big-budget co-production with London’s Royal Opera. What was so rewarding about this production was how Holten’s hybrid storytelling mixed theatrical illusion with characters reinterpreted as part of the theatre and it still leaves so much to ponder.

As state company Victorian Opera’s appearances on the calendar in Melbourne were thin, it seemed so wasteful that such a seductive and ethereal quality that was created for Debussy’s Pelléas et Mélisande was all but over in just two performances. A superlative cast, creatives and young musicians from ANAM worked marvellously together to produce a work of exceptionally high standard.

On the independent scene, Melbourne Opera continued to pull off some ambitious and exquisitely staged hard-hitting work. In particular, there’ll be mentions for Wagner’s Tristan und Isolde and Strauss’s Der Rosenkavalier.

Smaller independent players were less prominent but Gertrude Opera made history in bringing Poul Ruders’s The Handmaid’s Tale to the stage in its Australian premiere. Ruders’s score is a spectacular conglomeration of sonic form and director Linda Thompson gave its disturbing story an absolutely thrilling account in a knockout simple production as part of her inaugural Yarra Valley Opera Festival.

For more, come join me with champagne on Twitter @OperaChaser at 5 pm 27 December for the enjoyment it gives me to announce all.

Looking forward to in 2019
I’m looking forward to everything Melbourne can do in showcasing the art of opera. At least the year will be starting well with more Wagner in February with not one, but two fully staged productions: Melbourne Opera’s The Flying Dutchman and Victorian Opera’s Parsifal. It’s 2020 I’m concerned about. After so much gorgeously produced Wagner works Melbourne has been treated to in the last few years, what will it be like without him?

SM: I see shows vicariously though Paul. He sees work I'll never have the chance to see (os) but I feel like I have when I read his reviews.